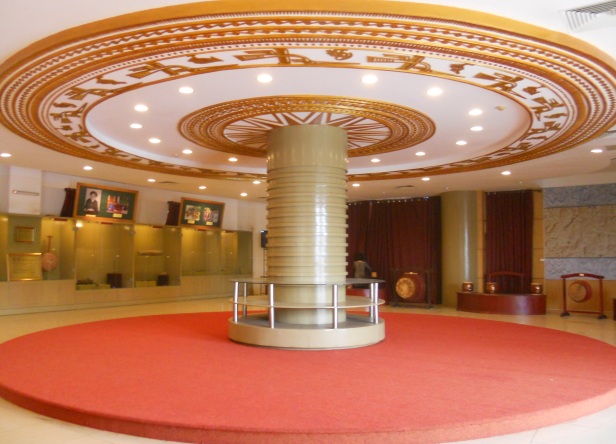 Resounding drumming. ON LIFE begins with the drum.

A universal tool existing in all cultures known to mankind, the drum is used for communication and rituals, among other things. “It is like a communal voice,” VASCAM president P. Q. Phan said. For a meeting, an announcement, a signal for attack or retreat in war time, a rallying sound, and so on. A warm association of the drum that brings sweetness to Vietnamese people’s ears dates back thousands of years. According to K. W. Taylor, author of A History of the Vietnamese, the Âu và Lạc peoples of ancient Vietnam traveled on water. They announced their arrival by beating on bronze drums. Today, archeological artifacts confirmed those drums as belonging to the Đông Sơn culture that dated more than 500 years BC and lasted to the first century. These bronze drums were used for communication and rituals, not musical instruments onstage. Then again in the 18th century, Emperor Quang Trung was known for the battle drum that bolstered his soldiers’ spirit serving as attack signals, and that turned celebratory in tone upon their sweeping victory. At the Quang Trung Museum in Tây Sơn, Bình Định province, one could catch this drum performance at certain times during the week.

Why does ON LIFE begin with the drum? Apart from the historical references, “traditionally,” VASCAM president P. Q. Phan continued, “a concert is more like a private event for the elite. Today as music is for everyone, VASCAM wishes to implement the concept of community service of music by making the event relevant to it. To begin with the drum fits the purpose.”

The drum plays for two minutes. And ON LIFE begins with poetic narrations. In the background of the VASCAM Ensemble playing, short and provocative phrases cited in both English and Vietnamese by two sopranos, one in red and the other in white, ring high to affirm the Vietnamese American presence and achievements in the U.S., as well as their pride. The factors that can be seen in and felt via the very program of ON LIFE, a colorful one featuring art songs, chamber pieces and opera music. P. Q. Phan said he intentionally chose music written after 1980 by two other Vietnamese-descent composers, Cung Tiến and Tôn Thất Tiết, and himself. The selected compositions speak volumes for both the sadness and joy of the Vietnamese overseas in the modern time who are tied to a shared past and an allegiance to the new homeland.

Solitude is an essential state that everyone experiences during their lifetime regardless of age, gender, culture, ethnicity, or time. Song of Myself, Isolation, and My Way from Songs of Solitude by P. Q. Phan reflect a sense of absence and longing, anguish in isolation, an expression of loneliness and despair; at the same time they reflect hope, exuberance of freedom, and celebration of Self.

The Freedom Song (1984) and Spring Reverberations (1981) by Cung Tiến are different than most of his old-time favorites that Vietnamese people are familiar with. Their sentiments are more contemporary and in tune with his new living environment in the United States. These songs are much less romantic and rather sentimental with a touch of reality. They are reminisces of memories of the past from his homeland Vietnam. Cung Tiến has re-invented himself through these songs.

Trung Dzuong for solo piano was written in 1981 to dedicate to the Vietnamese boat people who went searching for freedom, Tôn Thất Tiết said. The arduous journey is emblematic of both moments of darkness and light in our human life. In this way Trung Dzuong expresses not only despair and horror, but also hope and bravery.

Cò Lả (Swirling Crane) – Violin Concertino is a showcase work for the violin. It was written for and dedicated to Thi Nguyễn. It adapts from the well-known Quan Họ tune of the same title. The work is constructed in a cyclic form with a quasi concerto grosso framework. 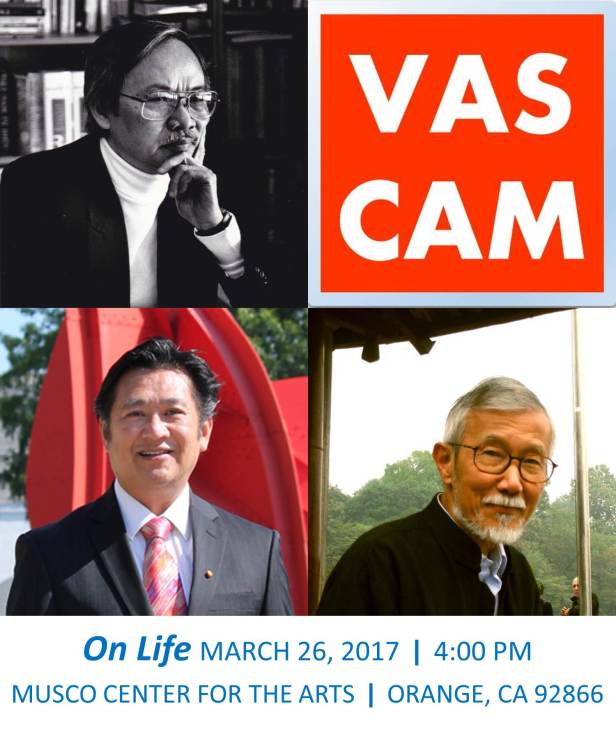 As many of you might recall, when Indiana University – Jacobs School of Music premiered The Tale of Lady Thị Kính by P.Q. Phan in 2014, more than 200 Vietnamese Americans, including a Vietnamese from the country, traveled long distances to attend the event in the harsh cold month of February. Since then, the Vietnamese American community in the SoCal area has been longing for the arrival of Lady Thị Kính there, for this opera speaks so dearly to them. ON LIFE concert at the MUSCO Center for the Arts on March 26 at 4 PM will fulfill a part of their wish.

The Tale of Lady Thị Kính is a story about the transcendental journey of a young fair lady to her Buddhahood. It is a universal statement about the beauty of love, compassion and selflessness.

The Tale of Lady Thị Kính is scored for double wind orchestra, large chorus, and a cast of 14 roles. For the extracted scenes and arias presented in this ON LIFE concert, their instrumentation is reduced to a chamber group of flute, clarinet, one percussion player, harp, and string quartet. While this chamber ensemble still reflects the integrity of the original version, some metaphoric and iconic musical elements are missing. Vocally, the role of Sư Cụ has been transposed for practical purposes. Yet, the vocal parts of Thiện Sĩ, Thị Kính, Thị Mầu, Thị Mầu’s friends, Nô, and Tiểu Kính Tâm maintain their original versions.

When asked by the Viễn Đông Daily News, “What’s the excitement that ON LIFE will bring to the audience?” P. Q. Phan responded, “A proud experience! Yes, The main characteristic of this concert dwells on the fact that only the composers in this concert can truly convey the deep feeling and profound expression that the audience will perceive throughout the concert. Because these composers have lived through—not learned about— what they express in their music. The audience will have an opportunity to learn how traditional musical materials and stories could evolve in such a high art form and how they can be elaborated in a contemporary global voice. The music will woo its audience with profound aesthetics—not exoticism.”

The drum that connects the community. A solitude that exudes freedom. A sentimental reality of living abroad. The heavy heart of one yearning for freedom. A childhood folk tune embedded in modern musical language. A transcending journey of a 10th-century Vietnamese woman. It’s all about aesthetics. Deep in a culture. In a person. Look to find. Come explore ON LIFE. 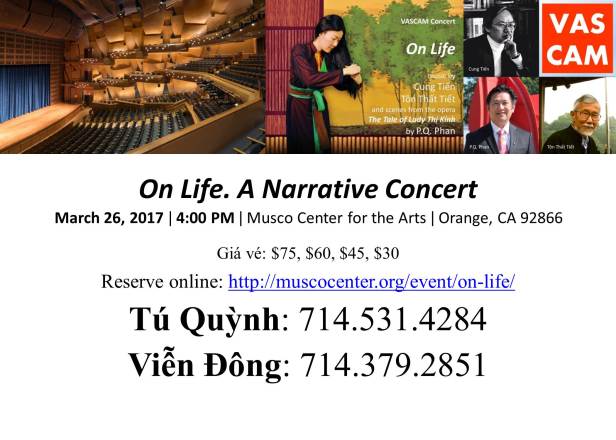