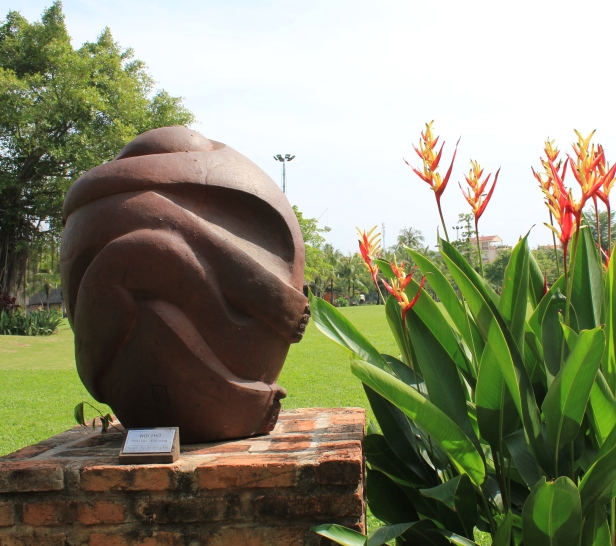 Human beings act on habits. Things one does everyday are all habitual. That means one can initiate a change in their behavior by initiating a change in their habits. Easier said than done. But, by all means, very feasible. With this in mind, I am dreaming that many Vietnamese are soon to pick up a new habit. Here is the reason.

You (a Vietnamese) haven’t seen your good friend (another Vietnamese) for five or ten years. The day you two meet, you are so excited you want to give your friend a hug. Very disappointedly, you realize your body freezes and you could hardly move your arms and legs. You are also speechless at a time when all you want to do is yell his/her name in excitement. As a habit, your usual greeting spills out: “How are you?” monotonously.

On a reverse, you can easily hug an American friend right now even though you just met him/her last week. This is possible, simply because it is customary for Americans to hug in greeting and when they initiate the action you just respond. However, for you to initiate the hugging towards a Vietnamese friend, that is a different matter.

So the question is: Why is it that most Vietnamese feel so awkward to hug a Vietnamese friend?

There are many explanations. I lay my accusation on Confucianism. It is Confucianism that separates the mind from the body in the process degrading the latter making it crippled. It is Confucianism that professes the female virtues to be that women have to sit and stand and talk and laugh in certain ways. And a plethora of other hypocritical and bias principles for men and women to live by. Confucianism is a very rigid doctrine that restricts human behaviors, goes against nature, and is full of discrimination that impedes growth and development.

One horrifying impact of Confucianism on Vietnamese culture is that the majority of Vietnamese people don’t know how to play growing up and growing old. Playing during childhood is a crucial process in child development as children need to play to develop motor skills. Through playing, they learn to observe and solve problems in the surrounding environment, which, in turn, helps them develop creative capability. Not knowing how to play and focusing mainly on studying, a large number of Vietnamese, and the Asians in general, become book smart people. When it comes to creativity, they rank so far down the scale compared to their Western counterparts. No wonder all the discoveries, creations, and developments in modern human history come from the West, and not Asia!

With the hugging issue at hand, it is the deficiency in mobilizing their “motor skills” that interferes with the way Vietnamese people express their feeling in a proper way as they wish in a simple hug. This, however, is still fixable.

It is all a matter of habit

Americans hug in greeting, as a custom. For the sake of observation, Western culture values science. The Westerners study everything thoroughly. They organize their society in neat layers. They label everything and put them in their proper places. Thus, ideally, there are proper ways to express yourself that help direct your energy at appropriate channels. Thus habits and customs form. One simple thing regarding greeting manners is: Americans shake hand when they first meet you. After a while, if they get along and appreciate the friendship, they can hug to greet, which is a sensible thing to do as touching this way naturally reveals a more passionate or friendlier level of relationship. It is as simple as that. No need to waste any time thinking about this the way a Vietnamese may do the moment they fail to offer a hug.

So, if you want to express your appreciation in a hug, next time you see your Vietnamese friend, just come over and give them a hug. Do it quickly before any thought comes to your mind and makes you hesitate! After several times, you’ll get used to it. And there you go, you acquire a new habit. If enough Vietnamese pick up the habit, we’ll have a new custom. In the meantime, keep practicing.

Learning what to do with our feeling and how to express it at our command is a great skill that comes in handy. Not that Vietnamese people don’t know how to do it. They are actually masters at showing their enemies how strongly they feel during wartime – by winning the wars. What they need to learn now, in peace, is to channel their emotions towards doing the useful things to build the appropriate foundations and values for their own people to survive peace. As soon as they learn to do this, they are good to go as long as human kinds are present on earth.

One thought on “Sài Gòn-Việt Nam: Feel free to hug!”