For four performances of The Tale of Lady Thị Kính on February 7, 8, 14 and 15 of 2014, there are two casts. They have been working individually for months with the conductor or assistant conductor and the diction coach since after the audition in September. Now is the first time they were working together as a group.

I thought the group rehearsal was in a huge room. It was not, for a reason, probably. In a small cozy room, singers filled up two rows of chairs; the rest sat on the sofas along the wall and on the floor. Most of the two casts were present, up to thirty of them.

The rehearsal is usually done among the singers and the conductor and/or the assistant conductor, and the pianist. Today (December 9th, 2013) they rehearsed with conductor David Effron, assistant conductor Brian Eads, and coach Shuichi Umeyama (first half) and Piotr Wisniewski (second half). The composer was also there. “Too many people in a small room?” I thought. Looking at the room then the people, I just could not understand how the ‘sound business’ could be contained and handled in this room.

After taking many pictures and recording at length, I sat down to ‘figure out’ the atmosphere. Very soon, I was drawn into the fascinating sounds and movements surrounding me. It was so intriguing. Some of the images and thoughts were rolling in my mind. Again and again.

The business of singing

I imagine that singing is an extremely personal thing, and am talking about serious singing. Similar to learning anything in life, learning to sing is a journey of going through life and learning about yourself, one filled with a lot of ups and downs and ‘surprising’ self-discoveries and joys. Thus, to have to sing sitting next to one another in such close proximity in a crowded room, belting out, is exposing yourself to others, which is no less than taking your clothes off in the public, I figure – or at least that is the initial feeling. You can hear anything in the voice. If you are trained with ears of an expert, I mean you can hear everything in the voice – the way a linguist who is looking over your shoulder and can point out every single mistake you could possibly make in each sentence you write. 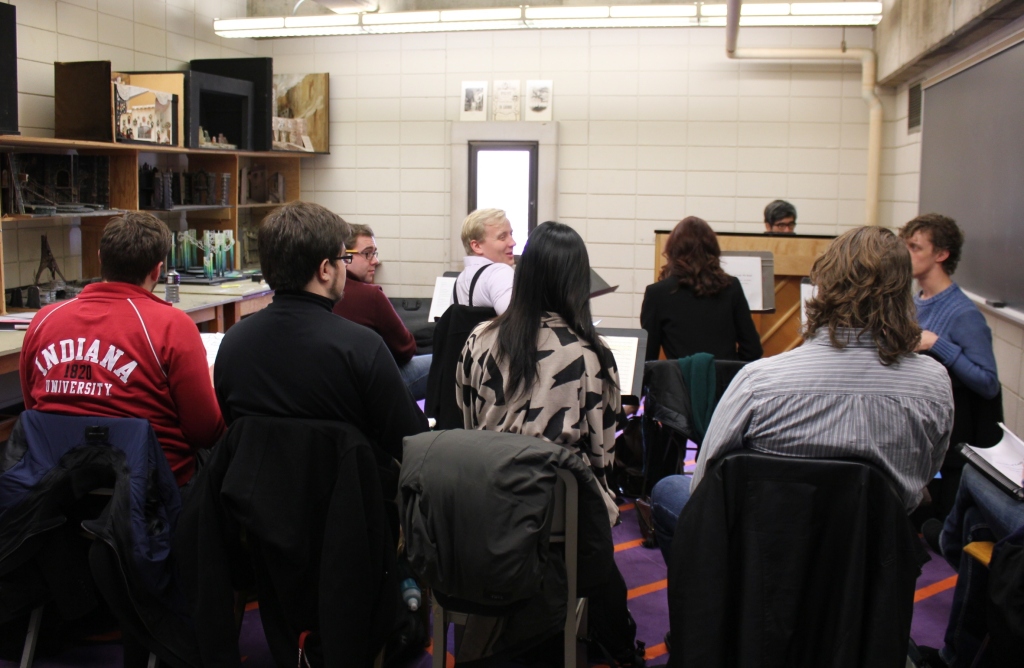 As I was totally ‘loaded’ with the sounds, I also became so curious: How exposed does each singer feel? Do they feel insecure at all? Does anyone really feel shy at all? How do they mentally deal with all ‘this’? Do they need to have a sense of humor? And so on.

When the first cast was singing, the second cast taking notes, and the rest listening or watching or killing time waiting for their turn.

Personally, I enjoyed the singing tremendously.

The business of conducting

In my observation, conductor David Effron is a master of sound and time. After several months studying the scores, he knew and decided that the singing had to be this slow or fast, this high or low, this prolonged or brusque, this expressive or plain, etc. Sound and time are perfectly matched. How about space? I did see it.

A crystal ball carved with tiny holes to catch water. Rain drops from the sky. The conductor is one who decides the moment the hole has to be there to catch the rain drop. That is what he directs the singers to do – rolling the ball at the right speed in the right direction, getting the big or small hole ready to absorb the drop of water of the appropriate size. The moment is gone, the water is lost, and the hole is empty.

Some singers have learned their part well and hardly made mistakes – they enjoyed playing with the ball. Others were in the process of learning, which means they were figuring out how to roll the ball as demanded. Disruptions from the conductor were expected in this case. He would stop them and ask them to sing a note at the right pitch, or a fraction of a second faster or slower, or a quarter of a note higher or lower. This is how he gets the crystal ball fill up most with rain drops. Musically, it does indeed make a difference to the ears and to the music overall. I was still calculating: “How fast is a fraction of a second?” And I lost count of time.

For any changes in the scores, everybody has to take note, particularly when they are relevant to their singing parts. The assistant conductor, however, has to make notes of every single change as he is one to replace the conductor should the situation require, to rehearse with the singers when his extra help is needed, and to take over when the conductor is not available.

Don’t forget the accompanist. He was behind the piano and difficult to spot from the back of the room, but you cannot miss ‘hearing’ him. He was able to start and stop at any note the conductor requested. He is reading the notes like us reading the written words. A master of musical notes and the scores himself. Fascinating!

The stage manager also needs to take note of the changes in the scores, and later on his notes will be related to the acting and movement on stage as well as objects and things used during the performance.

The singers on their part are master ‘doers.’ They change, they adjust, they absorb, they react, they synthesize, they learn, they grow. Most importantly, they sing.

Back to the business of singing, the last note from the conductor to the singers for the next rehearsal was: “To let the character guide you to bring out the colors in the voice!”

Soon, there will be rehearsals with the stage director. By then, besides the singing and conducting, there will be more elements of vocal and facial expression, and physical movements as well.

It is quite easy to get lost in this multi-dimensional world. Keep a compass handy, will you. 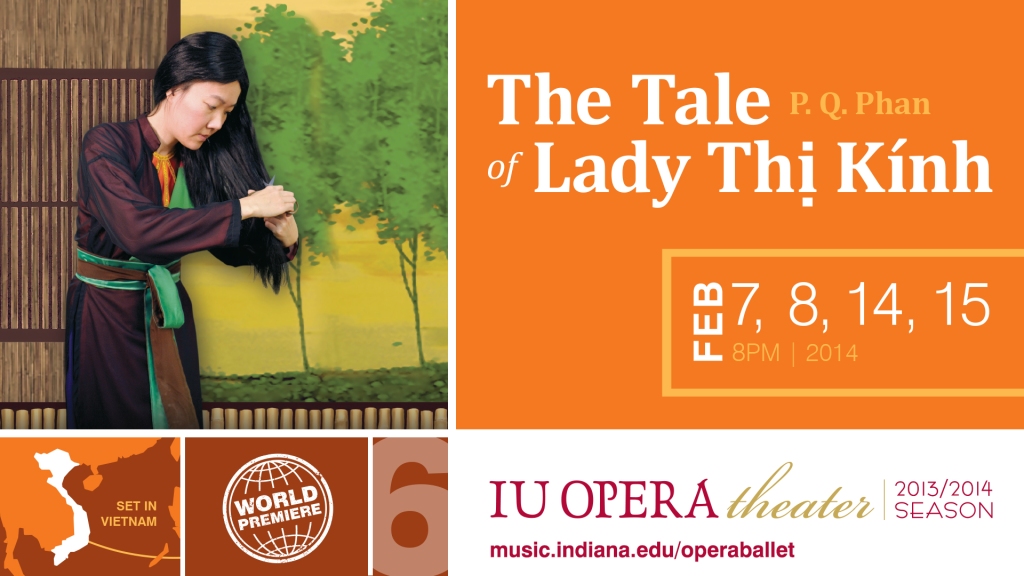 View all posts by anvi hoàng