Memory is a slice of the soul not to be judged?

I started to collect Tết memories from others two years ago and felt addicted. Somehow, I thought Tết memory was a slice of the soul not to be judged, thus being able to bring Vietnamese everywhere together. You don’t have to tell me – I was completely wrong. Even a single DNA in a Vietnamese body can be viewed against a certain ideology-and-rage-infused lens and deemed unfit. People can really do that!

It is against the holiday spirit to go around collecting Tết memories anymore. For that reason, even though I still believe that historically anyone’s Tết recollection is as equally valuable as any other’s, this is my second and last collection of Tết stories. Besides, some people have begun to believe that there are other events out there more worthy of a promotion because they could actually unite Vietnamese people everywhere. When that happens someday, we could simply dish Tết tradition all together and start a new one. Maybe. I could think of a few events like that. Is there? I’ll let you know when I decide on one.

Here to you, not in the order listed below. Some innocence, very Vietnamese. Some practicality, dry but strangely indulgent, also revealing very inherently war-risome mentality the Vietnamese way. Some particular provincial Vietnamese romance. And of course some French romanticism. Then, a surprise.

See if you are as surprised as I was.

As a Northern descent who grew up in the South, I have witnessed twenty-nine times the warm atmosphere of Tết here. It was a surprise for me that for the thirtieth Tết I had a chance to spend it in my ancestry fatherland up North for the first time.

For me, Spring in the South is always the best time of the year with the soft sunshine and the dry chilly air. Spring in the North, through stories from friends and relatives and the media, gives me exciting feelings about the traditional foods and practices, but as the departure was getting near also made me worried about the rain and the chilly wind and the bitter cold.

It was not as cold as I thought, but sprinkling rain from dawn to dusk coupled with the grey sky made me feel depressed for a few days of Tết. Then one afternoon, all the chill and the humidity were gone leaving way for a clear blue sky and the warm sunshine enveloping the whole village. I felt an urge to take a walk to the fields to embrace the spring beauty.

Crossing the dirt path and the green coconut tree rows, I stepped out to the green fields. In front of my eyes was a mesmerizing greenness of young rice fields that stretched to the horizon, cool in the afternoon sun. On one side of the field there emerged the yellow flowers of the garland chrysanthemum. I have enjoyed many many times in my life this chrysanthemum greens prepared with ground meat and have been fascinated by its natural sweetness, yet, this is the first time I saw their flowers in person. Facing this fresh, lovely and peaceful picture, I opened my arms and inhaled deeply the clear air. A line from the song Spring Afternoon by Ngọc Châu suddenly came to mind. I sang softly: “One Spring afternoon, a beautiful Spring afternoon. The sun shined, my heart dazzled. Spring.”

Having been to different parts of the country, I come to love the green fields dearly. Today, on a wonderful Spring afternoon in my fatherland, I loved all the more the greenness and peacefulness in my home country, Vietnam.

Just some simple thoughts about Tết – Nguyễn Vĩnh My
Doctor, in the forties – Sài Gòn

I don’t have Tết stories worth telling. To me, Tết is a time for family get-together, a rest, and visits to relatives and friends who I don’t have a chance to see during the year.

When I was small, Tết was fun because I didn’t have to go to school, I could wear my new clothes, went out, received ‘new’ money, and most special of all stayed home with my parents who were busy working all year long. Nowadays, Tết means I am one year older and so are my parents. It seems only children enjoy Tết.

At the hospital, Tết is when there are fewest patients, which means I don’t have work at break-neck pace. In the external medicine ward, we only have emergency operations instead of scheduled ones. This makes it easier for me to take days off than other times of the year. So, I would stay home at Tết and do what I don’t have time doing the whole year round.

On the street, traffic is slow as migrants have gone back home for Tết, students have no school to go to, thus no usual traffic jam. The weather is also nicer. With no heavy rain, there is no fear of flooding.

What I fear most is the run-up to Tết. Everybody is out for shopping clogging the streets and becoming more susceptible to accidents. Sometimes, I also fear Tết because drinking at a great number of year-end parties at this time of year often contributes to increased traffic accidents. People leaving the city in groves for their hometown to celebrate Tết also leads to unsafe driving. The result is that my ward has to treat heart-breaking cases.

Those are my thoughts about Tết.

We are having fun at this moment. The countdown to Tết! On this moment, Westerners often get-together, open champagne, cheer, throw confetti in the air. For us, on the countdown, we have fun, too, but in a pensive way: incense on the ancestors’ alter, offerings to God in front of the house, the temple bells ringing, people shuffling to the temple for new year’s good luck. Even at the time when firecrackers were used on New Year’s Eve, Vietnamese people did not seem to be more animated at the shattering sound of the firecrackers. It seems, the firecrackers made them all the more pensive!

It is not difficult to understand this, for the Vietnamese are an ancient people, their joy is also embalmed in the fragrance of time. As an ancient people, they have formed solid communities with somber, rigid  traditions. As a result, their life resonates tranquility, a sedate lifestyle, self-composed manners, nostalgic melodies… evoking sadness. No wonder foreigners often comment: Vietnamese music seems so sad. In scrutiny, we realize that this very sadness is actually a kind of joy dried up, like a tea bulb, black, coagulated… that feels dry, but dropped into the kettle, heated by a source of nourishing energy from water, it wakes up green and fragrant, freshening up the dazzling air. Tea is a form of nature dried up to store.

An ancient people, an ancient joy. That is our legacy. But the law of life proves that all antiquity is awaiting revivals, for to garner enough energy to live that long to become ancient, every organism has to go through shedding many times to come alive many times over. It was true then, it is true now.

Just as a dry tea bulb holding in the entire nature waiting for a shot of energy to wake up and bust into a tea cup green and fragrant, so are our hearts, holding in thousands of years of historical joy, they need a source of new blood to revive, to be young again, to, instead of refining Rock, rock the refined. As such, our pensive hearts will be cheerful again, young again, not only on New Year’s Eve but also many times a day, many days in our life, many lifetimes in this indefinite time line.

When I was small, my parents gave me nice clothes to wear on New Year’s Eve and we had good food. In my adulthood, I liked the tranquility of New Year’s Eve so much I went out with friends to wish for new year’s good luck, to enjoy the atmosphere where people don’t have to think about food and money. When more mature like now, I still like the tranquility of the New Year’s Eve atmosphere. From eleven o’clock in the evening, everybody is excited waiting for the countdown. Midnight is the transitional moment of the old year and the new year, the moment when my sense of time is filled with excitement and longing. On this very moment, I seem to change to gain something. People often say we gain a year older; I would not think about that yet, what I feel is something I gain that cannot be described in words.

I am not alone – Cao Minh Quê
Retiree, in the seventies – Đà Lạt

When my mother was alive, every year, the fifteenth day of the last month of the lunar year is when she started making Vietnamese jam and other sweets, and saved them for Tết. She would make sugar-coated white beans, caramelized sweet potato slices, mixed jam of carrot, ginger, kumquat, and pineapple – all the sweets that utilized specific fruits and crops grown locally in Đà Lạt. On the twenty-third day of that month, we’d give offerings to the kitchen spirit. The afternoons of the twenty-seventh and twenty-eighth, we’d make bánh tét [Vietnamese rice cake]; then stayed up overnight to watch the fire for the boiling pot [of bánh tét]. That is what Tết was like in my family. Yet, one of the Tếts that I could never forget is the one in 1973 when I was imprisoned in Thủ Đức.

Back then, I was kept in the isolation section. I knew that next to mine was the Adolescent Ward. There were many of them and the kids were very noisy. A few days before Tết, they would stay up late and sing. I heard them through the walls.

One day, a child stood up and said a few words before they sang: “This song I am going to sing is dedicated to Ms. Cao Minh Quê.” I was taken aback. I didn’t know what that kid looked like. I was over here and they over there beyond the walls. I only knew that the song they chose was called Spring Melody. This song was written around 1973 by a song writer in the South. I listened to this song again recently and it still sounds good. Only at Tết occasion do people play this song.

In recollection, that night, to have heard at midnight an unknown person beyond the walls dedicating a song to me, I realized that even though I was in prison, I was not alone at all. 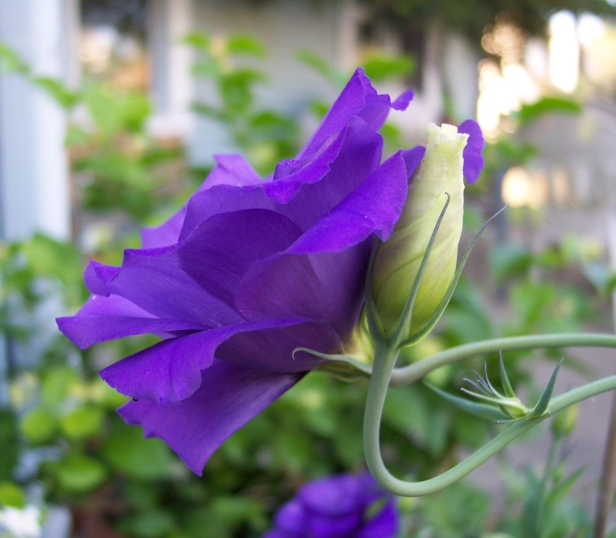 3 thoughts on “Tết 2014: Somewhere between the thirties and seventies”